Tesla’s Phone Tags alter the chaotic electromagnet radiation pattern transmitting from the antenna of the mobile phone and changes it biologically, so it becomes harmonious to the user and anyone nearby.

With the increase in strength in chaotic frequencies coming from SMART phones, such as iPhone, Blackberry, Samsung, Androids, in recent years, two Phone Tags are provided, to cope with both the antenna and blue tooth, (one at the top and one on the bottom of the phone, as shown below).

When Tesla’s Phone Tags are fitted in the correct position (shown above) to mobile or cordless phones, they will minimise the effects from the negative vortex established from the microwave carrier waves that “linger” in our biological flesh and cellular membranes (when in use, and after use), cause a toxic electrical cellular environment, which allow for dis-eased cells to form, grow and spread.

You can see the difference in the colour of aura from a red yellow (stressed energy field) to a blue pink (peaceful energy field). 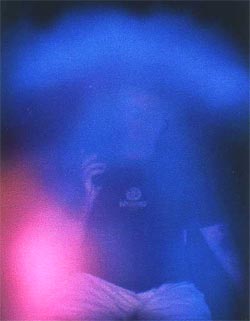 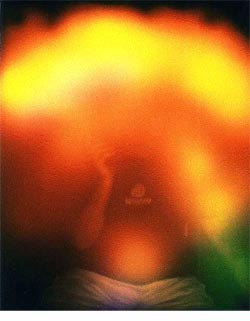 If you own a mobile phone that has Wireless and/or Blue Tooth, we strongly recommend having a set of 2 Tesla Phone Tags!

There is currently no other device available on the market which has access to this technology and that does what Tesla’s Phone Tags do, which also has an indefinite strength and life of effectiveness.

Nikola Tesla was light years ahead of his time and not only invented free energy but his technology (almost like a radio tunes to a station), captures universal energy from the Central Sun, in the unique frequency patterns set in the Tesla Plates, to strengthen our energy fields – ALWAYS LIFTING US HIGHER IN OUR FREQUENCY and combatting the harmful effects of EMRs, EMFs, mobile phone radiation, 5G and Wi-Fi.

There are no reviews yet.

Be the first to review “Tesla’s Phone Tags” Cancel reply

Book in a FREE Call with Nadia K
to Tailor a 5G Tesla House Kit for You!