Just like watching TV, with the electromagnetic fields disturbing our electrical systems, so does our laptop screens and computer screens.

Ever noticed, how after a while of sitting and staring at a computer screen, that your eyes get sore, you get tired, irritated and tend to lose focus or clarity, jumping at snacks or coffee to keep you going!

This is because, like a TV, there is an electromagnetic field that radiates out perpendicular from our computer and laptop screens in the same radius of the length of the screen, which pierces through our electrical energy barrier’s and causes stress in the body and messes with our neurological system. 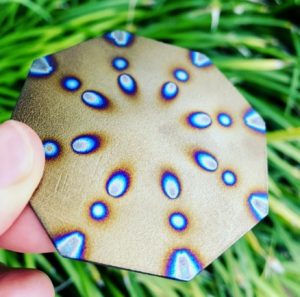 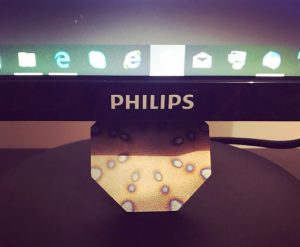 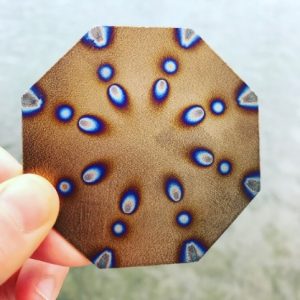 What Do Tesla’s Computer Plates Do? 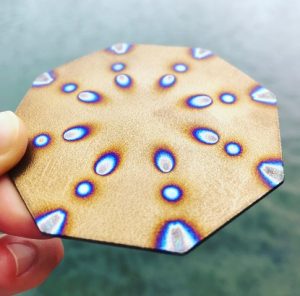 You can see the difference in the colour of aura from a red, yellow, orange (stressed energy field) to a calm blue (peaceful undisturbed energy field). 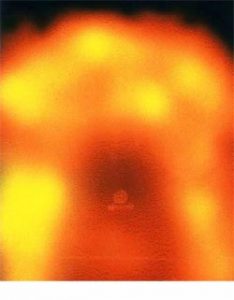 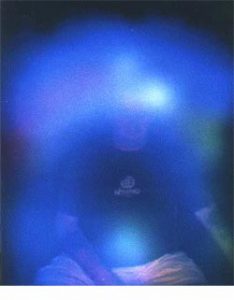 How Does the Tesla Computer Plate Work?

As with all Tesla Products, the Computer Plates “channel” through or act as a transceiver to specific photons (packets of light energy) coming from the Central Sun, and then transmute this energy from the middle of the plates (70% on the concave side, and 30% on the convex side).

These specific photons “light energy” shine out in a radius of a metre, so if a frequency camera was used, you could see the light coming in from the edges of the plate and out again from the front and back of the plate and radiating a metre away in an oblong type shield/shape.

These titanium Computer Plates, have had their vibrational frequency altered in a way, as to combat against Electromagnetic Fields from the Computer Screen, Laptops and Wi-Fi, being their specific duty in the Tesla family of Products.

NOTE: No other company has access to this technology of Nikola Tesla’s Workings. Therefore Tesla’s Innnovational Products are the only product using the very technology designed by the 20th Century Genius, which we now have available at our finger tips, to counteract Electromagnetic Radiation (EMRs) and Electromagnetic Fields (EMFs) as well as Geopathic Stress.

We thank Nikola Tesla for thinking ahead and passing on his knowledge to the next Century, so we may all benefit today! We at Juicing with Nadia K, have access to All Tesla Products at a 10% Discount Price from the Makers, for all clients and customers who purchase through the website.

To Order your Computer Plate with 10% OFF CLICK HERE