Tesla’s Teenage Pendants act in the same way as Adult Pendants, but are designed for the frequency and growth of a teenager, aged from 8 years old to 18 years of age.

These pendants help teenagers cope with the unseen world of harmful frequencies, and when growing at such a rapid rate (especially physically), it is ideal that their frequencies stay clear, without interference of their natural electrical auric field.

Just like Tesla’s Adult Personal Pendants, teenage pendants moulds to the energy field of the teenager wearing the pendant, and increases their vibration. As the teenager’s energy grows in strength, the pendant increases its vibration, as to always lift the teenager higher in frequency.

This process then educates the teenager’s energy field to resist and neutralise the harmful chaotic frequencies from modern technologies, and enables them to keep a healthy, pure and clean electrical aura, which is undisturbed by external toxic electromagnetic frequencies and radiation.

A Clear Aura = A Healthy Body

Once put on, the pendant takes 12 hours to resonate with the teenager’s unique frequency and once adapted, it stays a frequency level above their resonance, in order to always lift their energy and mood higher!

NOTE: Once this pendant has been warn for 12 hours, it cannot be given to any other person, as it is now tailored to the teenager’s individual frequency and knows its mission at hand!

How Do Teenage Pendants Work?

The pendants, originally made from titanium, have had their molecular structure changed via Nikola Tesla’s workings/technologies, in a way that makes it possible to channel through (photons) packets of light energy from the Central Sun, into the edges of the pendant and then transmit this energy out through the front and the back of the pendant, via the thymus gland (of which they where it over).

The pendant, which is now programmed to resonate with the teenager’s unique frequency, is to be worn over their thymus gland, to boosts their immunity and energy field, against electromagnetic rays, such as: TV, radio waves, microwaves, mobile phones and Wi-Fi etc.

This process is similar to that of an antidote, which transforms a poison to neutral and educates the body to resist the poison next time. Think of shining light into darkness, as “when you shine light onto darkness, the darkness will vanish, and you are left with only light!”

Wearing a teen pendant allows your teenager to carry with them, a personal receiver around their neck of photons transmitted directly from the Central Sun, in order to activate their lower brain frequencies and achieve the healing and recovery benefits of theta ‘the deep sleep state’ and our alpha state – ‘state of deep meditation’ which allows them to connect with what is.

This technology is still light years ahead and only now are we beginning to even scratch the surface and come to terms with;

How Do They Benefit Teenagers?

When worn concave side over the thymus gland, these pendants help teenagers with the following:

With Teenager Pendants, they have a choice of 13 different Pendant Styles, 4 with a single Dolphin, 4 with Twin Surfboards and 5 with an Oval Shape. 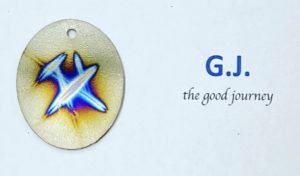 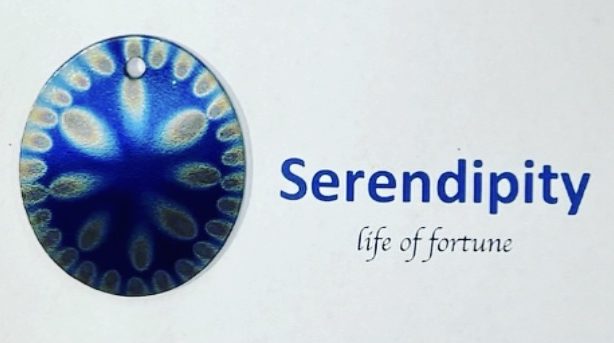 Each pendant transmutes slightly different vibrations, so we ask if possible that they take a good look at the above tables, and pick the colour and style that they are most attracted to. This will then be the right pendant for them and will form a very special part in their growth and awareness!

Testing has been done on a variety of people after they have worn their Personal Pendant in the correct position for 24 hours.

As the personal pendant adapts to the wearer’s personal matrix, the wearer’s, energy field becomes stronger and more balanced, as shown in the chart below. The picture above is taken by an auric camera, and captures the light that the pendant radiates over the Thymus Gland.

Tesla’s Teenage Pendant, is an absolute gift for teens going through their significant growth      spurts and with technology today, it is vital that their electrical energy stays undisturbed!

We at Juicing with Nadia K, have access to All Tesla Products at a 10 % Discount Price from the Makers, for all clients and customers who purchase through the website.

To Order your Teenage Pendant with 10% Discount, CLICK HERE

Note: This technology was handed down to the makers, with specific instructions and intent, by Nikola Tesla himself (the greatest discoverer/inventor of all time, who invented electricity as well as 1600 patented inventions!) No other company has access to this technology and the results have been life changing with the makers called all over the world to help with Global EMF & EMR issues.

Nikola Tesla was light years ahead of his time and not only invented free energy but his technology (almost like a radio tunes to a station), captures universal energy from the Central Sun, in the unique frequency patterns set in the Tesla Plates, to strengthen our energy fields – ALWAYS LIFTING US HIGHER IN OUR FREQUENCY and combatting the harmful effects of EMRs, EMFs, mobile phone radiation, 5G and Wi-Fi.