About Nikola Tesla & His Technology 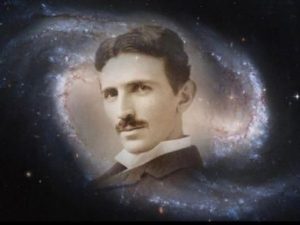 Nikola Tesla is a historical genius who basically invented electricity in 20th century. His desire was to help mankind & give us the knowledge of electricity, which could have freed mankind from physical work.

Nikola Tesla was born midnight July 9/10th 1856, on the Old Austrian-Hungarian border, the son of a Serbian preacher. He migrated to America in 1884, with 4 cents in his pocket & a vision in his head.

Over the next 59 years Tesla became the most prolific & remarkable discoverer/inventor of all time.

Tesla is the owner of 1,600 patents & is the only man to hold several patents in sequential order.

Between the years 1870 to 1925 he received 27 different honorary degrees from universities all over the world. Tesla understood how light & pyramid energy worked and was light years ahead of the current technology.

Tesla’s first & greatest invention was that of the rotating magnetic field, the fundamental element of alternating current (AC), the electricity we use today.

Some of his other inventions were; Hydro Power Generators, Radio, Neon & Florescent Lights, Radar, Tesla Coil (still used in cars today), Remote Controls and the Microwave.

This was a first because until then Edison’s electric company could only produce direct current (DC), & had only been able to send DC power 1 or 2 street blocks before it would run out of strength.

Westinghouse & Tesla agreed they did not want to make money from their production of electricity. They would only charge a small amount for the use of electricity, (In which Tesla invented a meter to measure the usage) just enough to cover building & ongoing repairs.

This was to be Tesla’s and Westinghouse’s gift to humanity; to provide people with access to electricity for little cost.

Westinghouse refused the offer so the banks bought up his shares without his knowledge & at the annual general meeting informed George Westinghouse he no longer owned his company & was not wanted.

The bankers then offered Nikola Tesla $3.5 million for all his patents & knowledge; Tesla refused the money & paid dearly for that decision. Soon after all of Nikola Tesla’s laboratories were burnt to the ground.

After the fires, one of the bankers J. P Morgan took over the financing of Tesla’s work. By late 1886 Tesla realised the AC electricity he invented would prove to be one of the most dangerous things on Earth and to the health of all living things.

He then made it his mission to find a means to counteract the harmful effects of electromagnetic fields and radiation coming from the very alternate current electricity he had invented.

Tesla understood the real reason the Pyramids were built and that they were powerful antennas bringing in packets of universal light energy, for purposes of dispersing this energy for the good of the Planet and Humankind.

Tesla knew that if he could somehow invent a device that could act in a way that the pyramids did in the age of Atlantis, and bring light back to humankind, that this could counteract the damaging effects of manmade electromagnetic radiations and fields to our sensitive energy fields.

Tesla set to work and to his credit and strong vision, he developed the workings to do so.

Tesla however had a feeling that he was in danger, so as a safe guard, he handed Ralph Bergstressor, a young physicist in the Air force, whom he trusted, his paperwork on how to counteract the biological effects of his inventions, ‘ironically just weeks before his death’.

Nikola Tesla’s Death & the Passing on of his Technology

Nikola Tesla died in 1943 in “unusual circumstances”. Although most books will tell you he died in his sleep, friends & family claim he was run over by a black limo as he crossed the road to feed his pigeons and that his body was then placed back in his hotel room.

This happened 2 days before he was set to meet with the President of the United States to explain the damage that his inventions would cause, including the Philadelphia experiment.

However as Tesla had handed his workings to Ralph Bergstressor, just before his death with set instructions and intention, Tesla left behind one of the Greatest Gifts to Humanity, “A Way to Bring Back the Light to Human Kind!”

Using Nikola Tesla’s original workings, this devise was then developed by Ralph Bergstressor and another physicist, which was then passed on to the current developer, again with the specific instructions, intentions & contract in 1994.

And thanks to the makers today, we are able to access Tesla’s products, to help us strengthen our light bodies and bring back peace and harmony to humanity! 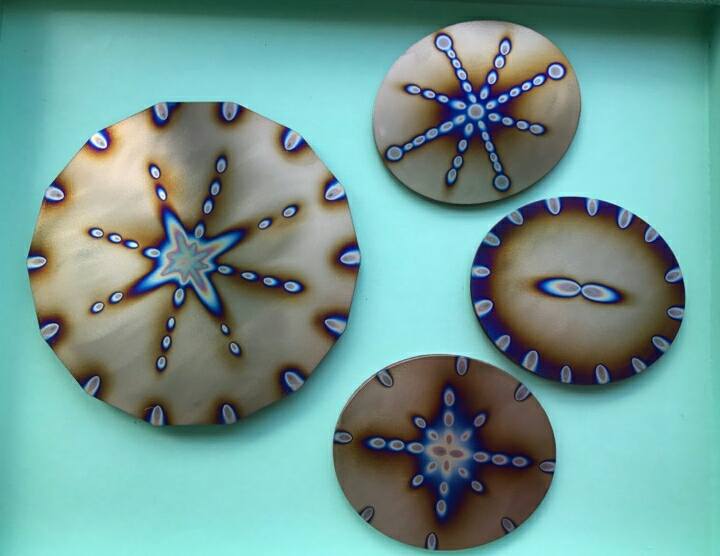 A Brief Description of How Tesla’s Innovative Technologies Work

Tesla’s Innovative Technologies’ products act in the same way as the Pyramids were originally designed to function (being antennas bringing in Photon/Tachyon light energy in) but unlike Pyramids, Tesla’s products do not have a negative area.

Tesla’s products, after water cutting, doming & colouring (done by humans), are placed in a device that alters the atom structure or signature of the metal. This process takes anything from 24 hrs to 7 days depending on the designed purpose of that particular product.

Again this devise was developed by Bergstressor and another physicist, using Nikola Tesla’s original workings, which again was passed on to the current developer with specific instructions, intentions & contract in 1994. This device used with Tesla’s products alters the atom structure within metal causing the metal to act as a transceiver, in the same way as the Pyramids do.